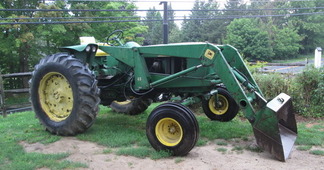 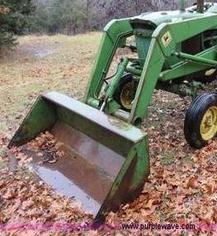 John Deere 3020 is a tractor that was manufactured by John Deere as part of its
New Generation series from 1964-1972. The 3020 is nearly identical to the
John Deere 3010 model that it replaced. It has a wheelbase of 90
inches, and a fuel capacity of 29 gallons.

It was offered with three different engine options including a 3.7L 4-cyl gasoline
engine, a 4.4L 4-cyl diesel and a 3.7L 4-cyl LP gas engine all produced by
John Deere. The 3020 was rated at 71 horsepower.

During its production run a few minor changes were made to the 3020 and other
tractors of the New Generation series. These included moving the hydraulic
levers from the left side of the dash to a console to the right of the
operator, a narrower oval muffler for improved visibility,
and a longer, bent, gear shift lever.

Some factory options available on the 3020 included hydraulic front wheel assist,
a Roll Gard, roll over protective structure, a steel canopy that bolted to
the Roll Gard. An enclosed cab with heat and air conditioning
was also available as an extra cost option.

From 1964 to 1969 John Deere also produced an industrial variant of the 3020. It
was painted yellow instead of green and was known as the
John Deere 500.

Various Differences Between 3010 and 3020 Tractors
Over The Years 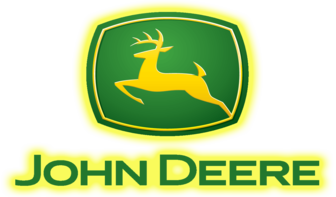 © 2011 ~ 2022 site designed built and is maintained by
thetractorguysct.com all rights reserved