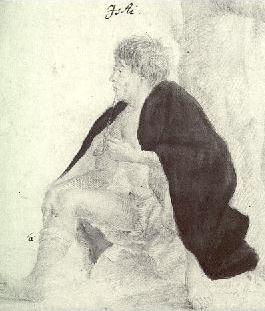 Around 1736, Priber established headquarters at Tellico with Chief Moytoy, represented himself as a Jesuit priest, dressed as a Cherokee and adapted to Cherokee ways and customs. He proclaimed himself "His Majesty's Principal Secretary of State", in which all Cherokees were to be equal, goods were to be held in common, children were to become the property of the state and marriage was to be abolished. 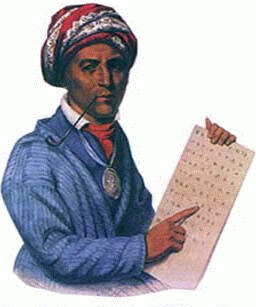 
Trained to be a silversmith, this gifted son of Doublehead's sister, Wurteh, was not recognized by his father's family until he won worldwide acclaim for inventing the Cherokee syllabary. He never learned to speak, read or write English.

The Cumberland Plateau, remembered in Native American history as the Land of Lightning, the Land of the Thunderbolt, was the center of the universe for those who wore the painted and crafted Lightning Bolt, the protectors and guardians of the sacred mirror, crescent moon and the double sun, the Chickamauga Cherokee.

Out of the Cumberland Plateau came many mighty Chiefs, War Women, and medicine people. Moytoy, War Chief Dragging Canoe, War Woman Standing Fern, and War Chief Doublehead... All who defended and protected their people, their culture, their land, and their sacred sites. But it was a loosing battle against the encroachment of the whites.

Doublehead gathered his band and left the Cumberland Plateau for the sanctuary of the Tennessee River Valley. His village, several miles south of the present day Athens, Alabama, thrived. He continued to lead occasional raiding parties against the white Tennessee settlements. It was the murder of his brother, Tassel that sent him on the warpath.

Principal Chief Tassel had been invited to meet with Major John Hubbert under a flag of truce. After conducting a series of talks, the unarmed chief went to a smoke house where he was to spend the night. That night, while Tassell lay sleeping, a young white man armed with a tomahawk snuck into the building and killed the chief. The youth's parents had recently been killed by a Cherokee war party.

When Doublehead learned of his brother's death, he went into a rage. He spread death and destruction for hundreds of miles in all directions, to any settlements in his path.

Knowing how important symbolism was to his warriors, he used the death of Captain William Overall to futher his gruesome reputation and instill terror in hearts of his enemies. Overall had showed himself to be a brave fighter before Doublehead killed him and had his body carried back to the village, where in full view of everyone Doublehead dismembered his body and began eating the choicest parts, ordering his warriors to do the same.

"The white man is no more than a dog, or a pig of the woods," he reportedly said, "and should be treated the same way." Once, when asked what he thought of white people, he replied "Too Salty".

In 1794 Doublehead suddenly quit the warpath. If the story had ended there he would have been remembered as one of the greatest of Cherokee Warriors. Instead, he is remembered as a man who betrayed his people, subject to what was known in the old ways as the "Blood Law". Such a betrayal required he pay with his life.

Almost immediately after he quit the warpath, he appeared to be a very rich man. Some say he had found treasure buried by De Soto and his men when they passed thru the Cherokee country in 1540.

Couriers were sent to Nashville regularly to purchase furniture and other items for his house. He collected fine race horses and began to dress the part of a wealthy man.

A leading group of Cherokees had been invited to Philadelphia to meet with President George Washington. Doublehead was among them. People were excited to see the man who was called "the most bloodthirsty savage in America". Doublehead undoubtedly took advantage of his reputation, for when he left, Secretary of War Henry Knox awarded him an annual annuity of $5,000. No doubt this was cheaper than having Doublehead return to the warpath.

This agreement also placed Doublehead under the protection of the United States Government. This didn't sit well with the whites who had lost their homes and relatives to him.

Doublehead made frequent trips to New Orleans, Pensacola, Charleston and even visited New York. He visited some of the finer restaurants and attended a play while there.

While Doublehead had become wealthy and was prospering, the Cherokee nation was not. With each treaty the Indian lands became smaller. Whites were illegally pouring into the tribal lands. These poor white squatters felt they had every right to take the land from "savages". They expected the United States Government to back them up.

In January of 1806, Doublehead and the other chiefs of the Cherokee nation signed a treaty giving up all the land lying between the Tennessee and Duck rivers. unknown to the other chiefs, Doublehead had negotiated a secret agreement where he received a large tract of land, numbering in the tens of thousands of acres, in exchange for signing the treaty.

If Doublehead thought his betrayal would go unnoticed, he was mistaken. Several months later, while attending an Indian ball game, a chief named Bone Polisher denounced him and called him a traitor. Bone Polisher then drew his tomahawk and attacked Doublehead. Despite having received several wounds, he managed to shoot his assailant through the heart.

Onlookers carried the wounded chief to McIntosh's Tavern where they sought help. Instead, they were confronted by more angry accusers who also called Doublehead a traitor. Someone in the tavern, no one knows who, extinguished the light. As soon as the tavern went dark, a shot was fired. When the light was lit again, Doublehead was lying on the floor mortally wounded.
His friends carried the chief across the field to the home of the schoolmaster but his blood trail was easy to follow and within minutes another group finished him off. He died there, at the Hiwasse Station, in the Cherokee Nation East, which would later become the state of Tennessee, in August of 1807. 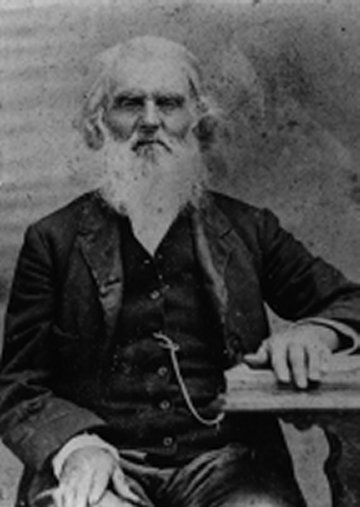 Sam decided he and his children would remain in Alabama as he still owned 320 acres that were not reservation land. They lived as whites so when the removal finally came in 1839, Anariah was the only member of Sam's immediate family to go west with her husband, known only as "Brewer" They settled in Washington Co. Arkansas. In the 1851 Chapman Siler Rolls of Indians remaining east of the Mississippi River, only Sam and his children are listed in Jackson Co. Alabama. 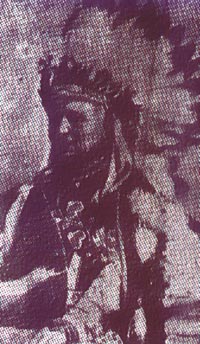 This noted chief of the Creeks was pronounced by President McKinley as one of the greatest American Indians. He had a fine personality, weighed over 200 pounds. The chief entertainer in any crowd, he was the most progressive citizen in the Creek Nation, as well as in the entire Indian Territory.

~~~~~Esparhecher's War~~~~~
During the time the railroad was being laid from Vinita to the Arkansas river Esparhecher, a Creek brave, became dissatisfied with the manner in which Samuel Checotah, chief of the Creek nation, was governing the Creek people. Esparhecher wanted to be chief, and, being a full-blood, he had a large following of fullbloods. During the summer and fall of 1882 his following amounted to what may be called a small army.
Chief Checotah had the best lawabiding element back of him. Among these were such men as Honorable Pleasant Porter and Chief Perryman.
Esparhecher struck cautiously, however, and was outwitted, for the better Creeks carried their trouble to the government and soon the soldiers from Fort Gibson were in the field, supporting Chief Checotah.

Unable then to strike a decisive blow, Esparhecher decided to retreat west with his forces and to induce the wild tribes in what is now western Oklahoma to join him. That would have made his force superior in number to the loyal Creeks and the white soldiers. But the soldiers didn't cease the chase for a moment. Under orders from Washington the white commander marched after Esparhecher and overtook him after several days. Eparhecher's full-bloods formed in line for battle and the soldiers formed a similar line in plain sight. The captain gave the order to charge and with a yell the soldiers dashed toward the Indians who hesitated a moment and then began running away from the well-armed, well-trained troopers. Not a shot was fired, though it took some days to round up all the rebellious Creeks and start them for the guardhouse at Fort Gibson. They were held under guard there for a short time, but were released when a written agreement was entered into between the leaders of the two factions. This agreement ended civil war among the Creeks though a small band on each side continued a guerrilla warfare for several months in the Tulsa area. 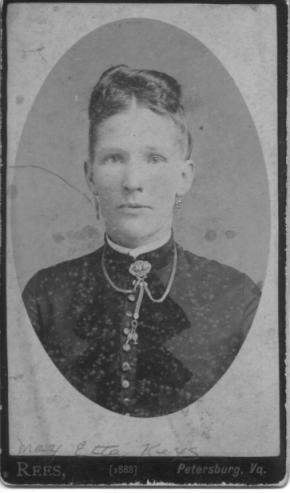 There is some question as to whether this is actually the Mary Etta Keys who was James Theodore's mother. Note the year, she would have been 56 years old, and the location, Virginia? How would she have been there? Maybe, maybe not.
Photo owned by Jerry Woolard. 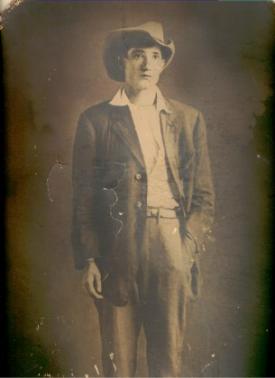